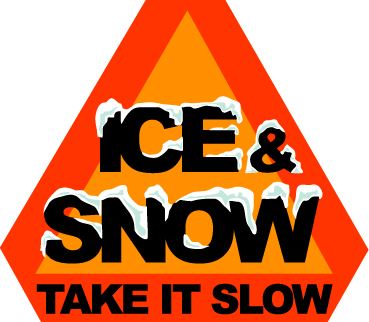 What should I do when there is a snow plow ahead of me on the highway?

When you encounter a snowplow, remember:

• Plows travel slowly, usually 25-30 miles per hour or less. Begin slowing down as soon as you see a snowplow. The most common crashes are motorists hitting the rear ends of snowplows.

• Stay well behind the snowplow. Because snowplows are large, operators cannot see directly behind their trucks. Be extremely cautious when passing or meeting snowplows. They can be suddenly thrust sideways by drifts and hard snow pack.

• Do not pass in a snow cloud or until you can be sure the road ahead is clear of vehicles and snowdrifts. Be patient and wait for the driver to see you or when they pull over so traffic can safely pass.

• Snowplows and traffic cause light snow to swirl. It can become difficult or impossible to see the plow and the roadway, and also for the plow operator to see you.

• Never pass a plow on the right. Some snowplows are equipped with a wing plow — an eight-foot extension on the right side of the truck.

• Plows aren't just removing snow. They may also be spreading sand or deicer on roads. Maintain a safe distance behind snowplows to avoid being sprayed with deicing material.

• Be careful when meeting plows as they may be spreading sand or deicer and the operator may not be able to shut the spreaders off when you approach. Reduce speed when meeting a plow and move as far right as you safely can to prevent windshield damage.

• Know where the plow is. On multi-lane highways, the snowplow could be in any lane. Watch for snowplows that may be turning around on Interstate ramps or on an “Authorized Vehicles Only” crossover in the median of interstate or divided highways.